I was sitting in front of my CINEMA 4D in desktop. While resizing the selected parts of the object, I got a message! It said that a team called SRM IET STUDENT CHAPTER, is conducting a competition for making a web portal. It was an coincidence that just the day before, my works on the first phase of web portal for the event called VEGAM for the team called Chennai Social Service. So I was really exited to test my level in HTML and CSS. But I had no idea with whom I can join. Suddenly there came Mukesh, who was really with a full spirit in the technical things. He started exploring technically. So we both planned to participate in the competition. I tried to get another member to join us. But then according to Mukesh, it was against our dual-principle. 😉

Then we started sharpening the new pencils. We didn’t want it to become sharp but just wanted to sharpen up to the level it could write. We had two days to complete the task. That was really very less! But since I just finished my works in portal development for Chennai Social Service, it was all in my mind! All the requirements were ready in my mind! Then actually I planned so many jquery stuff for the attractive look Ok the web portal. Everything was going on awesome for that whole day! Then the next day we got the topic!! E-LEARNING WEBSITE

It just said me.. ‘Coursera! Coursera!! Coursera!!! ‘ I just immediately went in to it after reading all the rules, the deadlines and the tasks. All I found was a simple but an awesome feel of Coursera for the first time. I have opened that site for many purposes… But I never had such a feel before. I felt like copying in a exam! So I just closed the page and started going through my mind to get really awesome ideas! Yes! I got it. Just made out the best and simple design for our website with paper pencil, and called Mukesh top tell the complete details on what we are going to do. The best part is that he got his complete interest towards webdesigning only after the competition was known to us! Once we discussed the complete scenario of the objective, I sat down in peace for a while, and asked him to do the HTML element implementation. I actually thought of taking rest a bit. But he finished his work competing the light. Then there stayed our countdown!
The 48 hrs…
The actual permitted days are only two. No matter if we work like the electronic machine that we used or not. I mean work tirelessly for those 48 hrs or not!! We took the alternative solution! “When you are in Rome, be a Roman.”When you are in to a computer, be like a computer 😉
I sat up with the javascripts and the Parse! Mukesh gave such an awesome support for everything. Even though he was a beginner in webdesigning, he gave very essential support as a 3rd Party user. He gave so many suggestions on everything that I did!! And gave me the logics of some parts where I was completely stuck. That was the awesome part from his side. He gave the logic for the download and courses task. Which was the most simple and really a cool thing to be done with such a small amount of time. Every time I said about a functionality to be added in to the page, he warned about the time left! That was really useful for sticking up to the required tasks alone! And… Finally we sat late night. An awesome thing is the video calls and remote desktop assistance in the Google Hangouts.
Worst part in the hangouts was… When his sister came near he asked her to take something for him, I didn’t hear what he spoke. I just saw and asked, “Enna da thangachikku edubudi velaya!?” [Translation: ‘Hey, are you giving the works to your sissy!?’ ]. His response was just epic. It made me to apologise first, and roll over the floor and laugh out loud. 😉 He warned, ” Deii, athu Amma da! ” [Translation: ‘Heyy, it’s my Mom’ ]. GASP

2 thoughts on “53 hours of sleepless Hardwork – Part I” 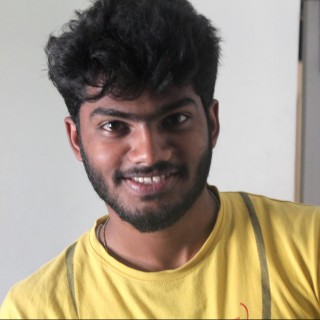 Learn from everything around you! No textbooks are required to live a life.